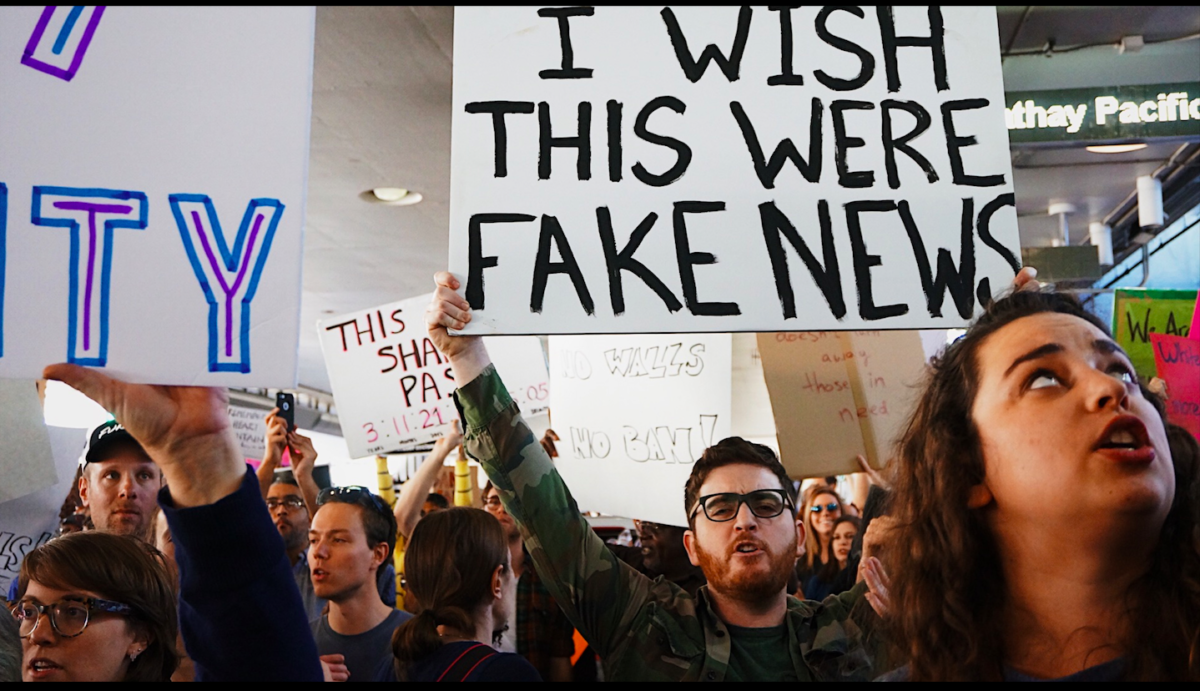 Fake news is a term that has become unavoidable in modern society.

Whether it be in our daily conversations, nightly news or embedded in our Twitter feeds. But what actually is fake news? Does it relate to the communication of science? Who is responsible for its creation and dissemination? And are there any solutions? These questions we look to answer in the inaugural episode of the Fake News Podcast.

What is fake news?

“Fabricated information that mimics news media content in form but not in organisational process or intent”.

This definition does not fit in well with the communication of fake science related news and is focused on news outlets creating fake news. This is not always the case. We spoke to Olivier Driessens from the University of Copenhagen, Olivier pointed out that fake news can also comes from the onset of undertaking scientific research. With large, influential cooperations funding research. They are able to construct favourable narratives for their businesses which may in turn lead to the creation of fake news stories, by creating ‘noise’ within science.

Fake news is not a new phenomenon…..

“The faking of news stories has been around for a long time, and every iteration of technological advancement, from the telegraph in the 19th century to contemporary social media algorithms, has unleashed new possibilities of deception and fabrication” (Gelfert, 2018).

Who is responsible for its creation and dissemination?

We as humans instinctively are drawn towards to clean and simple explanations, fuelling the fake news fire. We are collectively responsible for the creation and spread of fake news. The introduction of social media sites such as Twitter and Facebook have doused the fake news fire in petrol. Accelerating the news cycle and the effectiveness of news outlets, scientists, journalists and leaders to disprove  or eliminate contradictory ‘noise’ in scientific conclusions.

Global warming is based on faulty science and manipulated data which is proven by the emails that were leaked http://t.co/5BeAhats

Record low temperatures and massive amounts of snow. Where the hell is GLOBAL WARMING?

Are there any solutions?

there are no easy solutions to the fake news problem. A well educated population and collective awareness of fake news can be a first step towards a society where truth prevails and fake news noise is pushed out of the foreground and into the background. Listen to the podcast here for a more in depth discussion on Fake News in science.